SEE 2 Chainz Get Robbed At Gun Point – But Did Anything Get Stolen?

You can see what happened as the rapper got jumped. 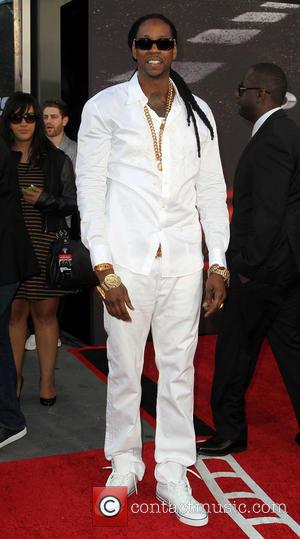 Footage has emerged of the men that attempted to rob the rapper 2 Chainz at gun point. You can clearly see the point at which 2 Chainz sees the gunmen and fleas for his life, but he also insists that nothing was stolen from him.

The CCTV footage, obtained by TMZ.com, shows the rapper to be walking down the street when the assailants attack. He was in San Francisco with some friends when the incident occurred, and police told TMZ that he’s had his wallet and his watch stolen – something that the rapper himself denies. “Rule #1 if a rapper gets robbed people usually post items that has been taken. Rings, chains, watch, money etc.” he wrote on Twitter. “Rule #2 if a rapper gets shot he usually go to hospital or dies.” He added to the social networking site, before finishing with “Nobody took Anything from me, i didn't get shot, I'm not in jail, Don't know wut else to tell ya. Sorry if I disappointed anyone, maybe next time. (sic)"

Chainz had his own trouble with the police recently; he was caught with one of the main ingredients for Sizzurp (Promethazine) while travelling through LAX airport. The cops also found a load of cannabis on him, but, given that it was less than an ounce, indention is distribute couldn’t be charged. He left police custody and is now free to promote his new album. 2 Chainz Was Robbed At Gunpoint Over The Weekend