Review of Kings And Queens Single by 30 Seconds to Mars

Review of ‘Kings And Queens’ a single from 30 Seconds to Mars. 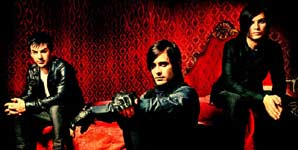 Formed in 1998, 30 Seconds To Mars catapulted to stardom with their second record, ‘A Beautiful Lie’. Picked up at first by the ‘emo’ crowd, the band’s rise culminated in headlining the Give It A Name festival last year and they return with third album ‘This Is War’ next month.

If there was to be only one word used to describe 30STM, it may well be ‘epic’, from the anthemic singles they have released through to their videos and fan club events (read up on The Summit). It is only appropriate then that ‘Kings And Queens’ opens up with a tidal wave of ‘woah’ vocals, galloping strings and has a chorus to shake the foundations of the arenas. Jared Leto is as impassioned in his vocal delivery as ever and evidently the success of the last few years was no fluke – and this should only see them get even bigger.