50 Cent Goes On Rant Against Empire 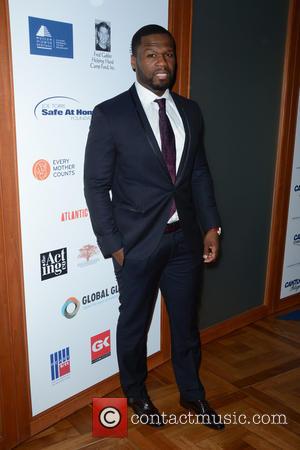 The U.S. hip-hop drama returned to U.S. TV for a second season and the In Da Club hitmaker was among the impressive 16 million viewers who tuned in - but he wasn't thrilled with one particular scene and he took to social media on Thursday (24Sep15) to let everyone know.

50, who has been vocal about his dislike of the show in the past, previously accused Fox executives of copying the promotional campaign of his TV drama Power, which he both stars in and executive produces.

Empire writers decided to bring 50 Cent's feud to their script, and Henson's no-nonsense alter ego Cookie Lyon, said, "50 Cent still taking jabs at us. Look what he put on the gram (Instagram). Thirsty (overly eager) a**."

The rapper took to Instagram shortly after the episode aired and posted a video of him in the studio, saying, "I can't believe Cookie would say some s**t like that about me. Thirsty? Me? Thirsty? Come on... Man, me and Cookie go way back. You know I hit that (had sex with her)."

He posted another photo with the message "F**k Empire, Tell 'em we said", while another video featured 50 pretending to be a director on Empire.

Henson previously addressed 50 Cent's dislike for Empire on Twitter, suggesting she "pays attention to $ not cents."