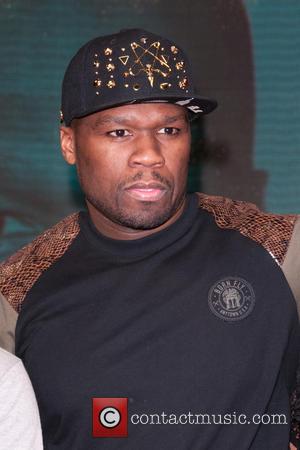 50 Cent has endured one of the more embarrassing things in life. To be left hanging for a high-five is one thing, walking on stage before your name is called is another (and this writer has done both those things) but to have a kiss rejected ON CAMERA – that’s the definition of embarrassing.

So when 50 Cent tried to give Erin Andrews - former sideline reporter and host of Fox Sports' college football show - a peck on the cheek, and she swerved to avoid it, he officially became the most embarrassed man in the world. For a while anyway. "I've gotta go talk to Danica Patrick," she said while desperately moving out of the way of his kiss. Fiddy didn’t seem too perturbed, though, giving the camera a big old smile after the awkward moment. "Hey I wanted to kiss her so I did" he tweeted hours later. You didn’t really, though did you? 50 Cent, T.I. and future Hall of Fame NFL star Ray Lewis attended the Daytona 500 recently, in an attempt to diversify the usually homogeneous event. "Damn, I don't see no black people lol," tweeted 50 about the race, perhaps vindicating their decision to inject some varied culture. NASCAR is traditionally dominated by country and folk singers, so the presence of African-American celebs will hopefully go someway to changing the attitudes of the sport, although 50’s tweet was probably the opposite message they wanted to send out.