50 Cent has vowed he will not cut his hair until he has finished recording his new album - the tentatively entitled 'The Return of the Heartless Monster'. 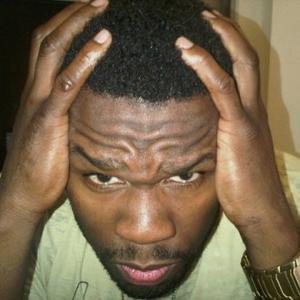 50 Cent is refusing to cut his hair until he finishes his next album.

The rapper-and-actor is currently recording his fifth studio LP - tentatively entitled 'The Return of the Heartless Monster' - and he is abandoning his usual shaven-headed look until all the songs are complete.

Accompanying a picture of his fledgling new style, 50 - real name Curtis Jackson - wrote on his twitter page: "Curtis not cutting hair until my album is done I'm going hard this time f**k it. My music is crazy right now. (sic)"

50 is hoping to recreate the success of his debut album, 'Get Rich or Die Tryin'', with his new release after concentrating on acting for the past couple of years.

The 'In Da Club' rapper - who has appeared in several movies, including 'Righteous Kill' and 'Dead Man Running' - added in another tweet: "My first album get rich or Die Trying was The Greatest Show On Earth because people new I could die right in front of them. Because they were acting like they couldn't die. The biggest difference I can think of since that record is successes. To hate me is to hate success. Good luck when or if you make it just know people are gonna hate you for it. Its 4 in the morning and I'm wide awake.I be up writing music late this albums gonna be a classic. (sic)"