50 Convinced The Game's Second Album Will Be A Flop 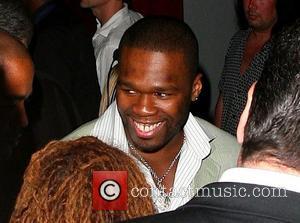 Picture: 50 Cent aka Curtis Jackson Arrive at the Palms hotel and casino in preparation for the 2007 VMA awards Las Vegas Nevada - 09.09.07

50 Cent has little faith in his former protege The Game's ability to deliver with his second album - because he won't have the IN DA CLUB rapper's rhymes to work with. 50 and The Game famously fell out last year (05) after the Los Angeles-based rapper spoke out in favour of his G-Unit boss' rap rivals, and the pair have been publicly feuding ever since. But after The Game insisted he'd finished fighting with 50 in a recent magazine article, the Queens rap mogul has poked fun at his former pal's songwriting skills. 50 tells rap magazine XXL, "I don't think it's (Game's new album) going to be interesting. I think it's going to be what it was before I wrote his hits. "I wrote six records for his album, three of them were his first three singles. Can he rap? Yeah. Is he a good songwriter? No." And 50 Cent can't lose - if The Game's new album, tentatively titled THE DOCTOR'S ADVOCATE, is a flop the G-Unit kingpin proves he's the man behind his protege's success and, thanks to a clever deal, he'll reap the financial benefits if The Game scores another hit. 50 explains, "I'll make more money off a Game record every time it comes out than he will. It doesn't bother me if he sells records. I don't believe he will."