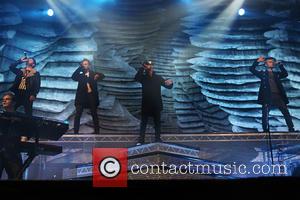 British boy band 5Ive are hunting for a new member to replace singer Jason 'J' Brown as they gear up for a comeback.

The Keep On Movin' hitmakers sold more than 20 million records worldwide before their split in 2001 after four years together.

They attempted a comeback in the mid-2000s, although a planned album never materialised, but now the band is making another bid for chart success as part of new U.K. Tv series The Big Reunion.

Original member Brown is no longer part of the line-up, and Britain's The Sun newspaper reports band founder Chris Herbert has advertised for a replacement fifth member.

A message reportedly posted by Herbert on Facebook.com reads, "Looking for a member to join an established and extremely successful band. If you are male... late 20s early 30s, singer and/or rapper, great looks and swagga, inbox me... This could be your calling!"