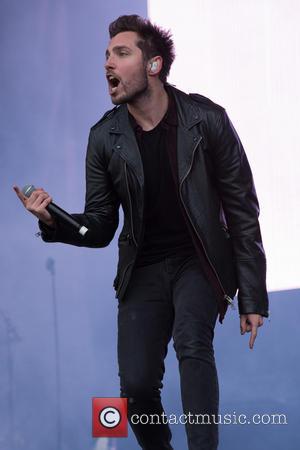 American rockers A Day To Remember ended their set early after a fan fell from a balcony during a concert in Portsmouth, England on Wednesday (12Nov14).

The Florida-based group was 30 minutes into the gig at Portsmouth's Guildhall venue when a 21-year-old local man plunged 20 feet (six metres) from the upper level into the stalls.

The band stopped the show immediately and announced the rest of the gig was cancelled. The venue was then evacuated so police and ambulance crews could attend to the concertgoer.

The rockers later apologised on Twitter.com, writing, "Our thoughts are w/ (with) the person who was injured at the show tonight in Portsmouth. Sorry we had to cut the set short due to the circumstances."

A spokesperson for the Portsmouth Cultural Trust, which runs the venue, tells Portsmouth.co.uk, "Last night at a concert by the band A Day to Remember a young man appeared to dive off of the circle of the Portsmouth Guildhall, landing in the stalls narrowly avoiding the crowd below... We are thankful to A Day to Remember for stopping the concert, as well as the public for their co-operation."

The man was admitted to Southampton General Hospital, where he is being treated for serious head injuries. Police are investigating the incident.