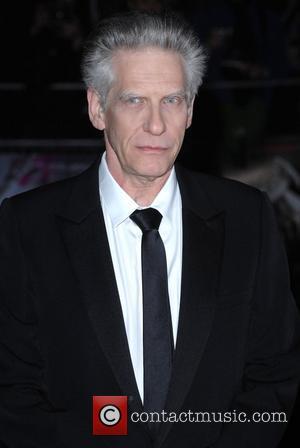 Eccentric film-maker DAVID CRONENBERG shocked his cast and crew on the set of new movie A History of Violence, by publicly performing sex scenes with his wife.

The director hoped his explicit displays of affection with his wife would help stars Viggo Mortensen and Maria Bello, who play man and wife in the film, feel more comfortable during their sex scenes together.

But, instead, the Cronenbergs just left everyone on the set stunned.

THE LORD OF THE RINGS star Mortensen says, "There's a couple of fairly racy sex scenes in the movie... between Maria Bello and myself. David, trying to be helpful, as usual, thought it might be a good idea to call up his wife and have her come down to the set.

"The crew and Maria and I just sat and watched while he and his wife got into something comfortable - nothing - and they started to say, 'We want you to (do this).' Maria and I were both going, 'OK, we get it.'

"Instead of putting us at ease, we actually were kind of freaked out... Maybe some things ought to stay private."