The A-Team Star Mr. T Once Turned Down $1 Million (Gbp625,000) To Star In A Beer Commercial Because He Doesn't Drink. 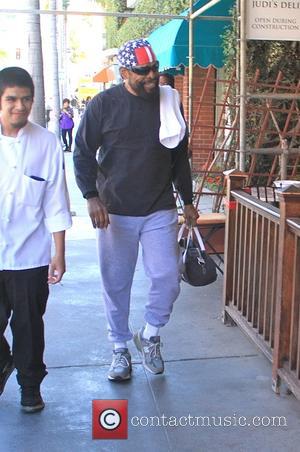 The actor and former wrestler, real name Laurence Tureaud, insists he'd never put his name to a product he doesn't use - because he never wants to appear as a fraud.

He tells HuffPost Live, "They offered me almost a million dollars in Japan to do a beer commercial and I said, 'No, I can't do it'. The guy said, 'No man, won't nobody see it (sic)'.

"First it was $700,000 and then they moved the price up. Why, because I said no... I don't drink for number one. If I drink that would be something else different. I mean don't get me wrong, I've tasted champagne, I've had beer before and what not, but I'm not into that."

The A-team Stops Traffic In Hollywood