Aaron Carter has claimed his mother called the police to report Michael Jackson for giving him cocaine and alcohol when he was just 15. 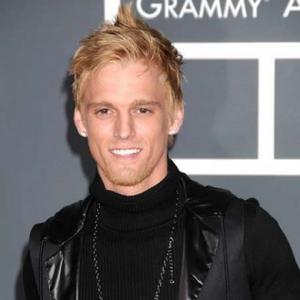 Aaron Carter has claimed Michael Jackson gave him cocaine and alcohol when he was 15.

The 'Crazy Little Party Girl' hitmaker - who spent a month in rehab earlier this year for "emotional and spiritual" issues - was friends with the now deceased King of Pop but admitted he became so "uncomfortable" with how Michael acted towards him, his mother eventually called the police.

Speaking to Australia's OK! magazine, Aaron, now 23, said: "I never talked about it... This is the first time. I do ... I miss Michael ... I have spent such incredible times with him. I did things with him that nobody else did ... But I was also troubled about what he did to me.

"He gave me cocaine. I felt weird about that and other stuff ... We spoke afterwards, hours and hours, on the phone. I admired Michael, but his behaviour bothered me a lot. Then my mother called the police..."

Aaron - whose brother is Backstreet Boys star Nick Carter - is currently working on a new album in the hope of re-launching his music career and his manager Johnny Wright believes his time in rehab will help him succeed.

Johnny said: "Several months ago Aaron came to me to help him return to music and to restart his career. He has been in Orlando working on a new album and perfecting his live show and his physical body. Aaron, understanding the challenges and hard work it would take to get himself back to the top, requested to take some time before we started to heal some emotional and spiritual issues he was dealing with.