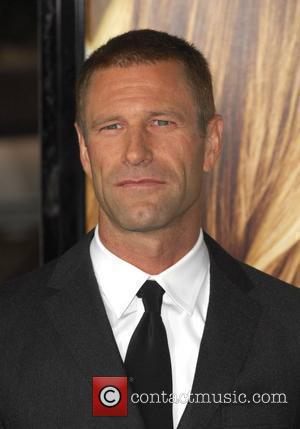 Aaron Eckhart has launched a new bid to convince director Christopher Nolan to revive Batman comic book character TWO-FACE for the sequel to The Dark Knight.
The actor, who portrayed Harvey Dent and his alter ego Two-Face, saw his character appear to be killed off in the 2008 blockbuster, and assumed he would not be a part of any future movie installments.
But Eckhart is now appealing to Nolan to consider bringing Two-Face back from the dead - mimicking a popular technique used on dramatic TV soap operas.
He says, "I think I've talked myself out of the job. I thought I'd died. But you know, America's grown up on soap operas and reinventing people so why doesn't Chris take that into consideration (when he's writing the script)?"
The star admits he would jump at the chance to join the cast of Nolan's third Batman outing, but would understand if the director decided not to pick up where The Dark Knight left off, out of respect to the late Heath Ledger, who played The Joker.
Eckhart adds, "If Chris asked me back, I would love to. Heath really was meant to come back as The Joker (for the next movie) as we all would want him to do so maybe this will be the way it is and be its own little thing."
Ledger died from an accidental drug overdose in January 2008.

Aaron Eckhart Talks About The Themes Of New Flick 'I, Frankenstein' At Comic-Con Screening