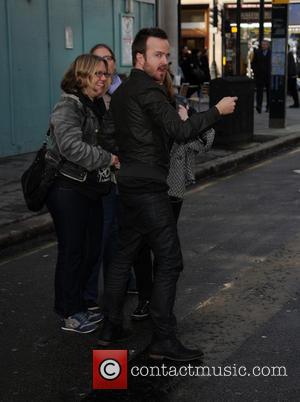 The actor appeared on the British Tv show on Sunday (02Mar14) to take part in the Star in a Reasonably-Priced Car segment, in which a celebrity races against the clock in a family saloon.

Paul got behind the wheel of a Vauxhall Astra to drive around the circuit, and despite a scary moment midway through when he braked too hard heading into a corner, the actor was delighted to learn he had set a new track record in the car.

Host Jeremy Clarkson told him, "That's the best we've ever had! Number one... Good man. That's the fastest man ever to take the Astra around the track."