Breaking Bad’s Jesse Pinkman Gets Married – What The!?

The star is wed 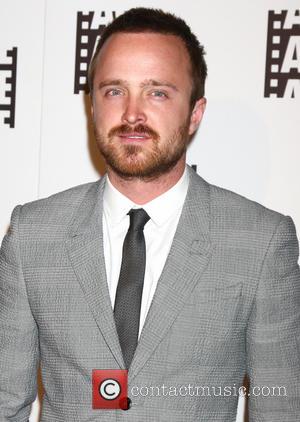 If you know Jesse Pinkman as well as we do, then you’d think he wasn’t likely to settle down anytime soon. But alas! He has! You also need to know that this article is full of massive spoilers.

Alright, so Jesse Pinkman hasn’t tied the knot. He won’t be ready for a while, if ever, and is still getting over Jane Margolis, who died in season 2 of an overdose. No, it’s Aaron Paul, the genius behind Pinkman, that got married. "It's this little courtyard outside of this hotel. We were just dancing to Édith Piaf by ourselves on New Year's and then I begged her to marry me," he said. "She's the greatest woman that has ever existed," he adoringly told GQ last year. "No offense to other women on this planet, but she is hands down the best." Parsekian is co-founder of the Kind Campaign, a project that works to end girl-against-girl bullying. She and Molly Thompson founded the organization in 2009 while they were students at Pepperdine University. "Aaron rocked a bow tie, and Lauren donned a veil," an onlooker told PEOPLE. "The lovebirds were dancing and canoodling."

Aaron will be returning to screens in August as Breaking Bad reaches its much-anticipated conclusion with the second half of season 5. And we can’t wait to see what he’ll do next having established himself in AMC’s drama. Aaron Paul is a married man