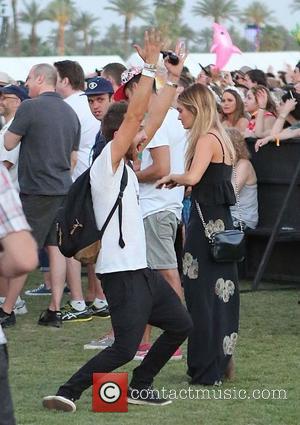 Breaking Bad star Aaron Paul joined the anonymous celebrities who appear masked onstage with rockers Arcade Fire during the Canadian band's set at the Coachella festival in California at the weekend.

The actor has revealed he was the man behind the papier mache Pope Francis head during Sunday's (13Apr14) show after the group's manager Scott Rodger posted a picture of Paul holding the prop on Instagram.com.

Paul wasn't the only celebrity onstage with the band at Coachella - Blondie star Debbie Harry also joined the group.

Arcade Fire will return to the desert to headline the final night of the second weekend of the festival this coming weekend (20Apr14).