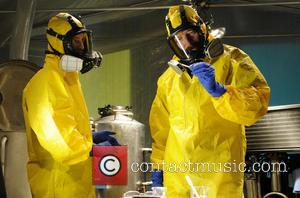 Actor Aaron Paul once had a heart-to-heart discussion with Michael Jackson about family and forgiveness.

Long before the 34 year old scored a starring role on hit Tv series Breaking Bad, he had a rare encounter with the King of Pop in 2007, while attending the Prince of Brunei's 25th birthday party at a castle in the U.K.

Paul tells America's Details magazine that he attended the bash as the guest of another attendee, so when he encountered the music icon, he had no idea what to expect from their once-in-a-lifetime meeting.

He recalls, "I was going back up to my room, and this guy grabs me and says, 'Hey, Prince Azim wants to see you in the library.' So I go down there, and he's sitting on the couch with Michael Jackson, and me and Michael Jackson end up having this hour-long heart-to-heart about family and upbringings, and I remember, he just put his arm around my shoulder and said, 'You know, if you've had a rough childhood or not, it's all about forgiveness. Once you realise that, it's fine. Everything's fine.'