Aaron Sorkin Has Come Clean About His Opposition To The Casting Of Michael Fassbender In New Movie Steve Jobs After His Emails About The Film Were Exposed During Last Year's (14) Sony Database Hack. 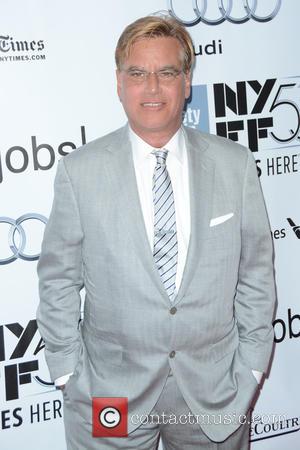 The Oscar-winning screenwriter was convinced the Irish actor was a terrible choice to play the late Apple boss and his printed private thoughts became public, prompting Sorkin to write directly to the leading man.

He tells The Hollywood Reporter he later sent Fassbender a letter: "I said, 'Dear Michael, I fear that you've had to read that I didn't want you to play this part'."

But Fassbender understands the screenwriter's initial reservations, adding, "I was very nervous. It was going to be a big challenge, the volume of words alone. I was like, 'I don't look anything like him'."

The film was subject to many snags before filming began - David Fincher was originally on board to direct and both Leonardo DiCaprio and Christian Bale passed on the role of Jobs before new director Danny Boyle offered it to Fassbender.

Sorkin admits he also begged Sony bosses to do whatever they needed to do to keep his The Social Network director, Fincher, onboard. He says, "I pushed on both sides. To Sony, I was saying, 'Please pay him whatever he wants; it'll be worth it'."

And he believes DiCaprio and Bale both bailed on the project after hearing from Jobs' widow, Laurene Powell Jobs, who has never been a fan of the film.

Despite the hold-ups, Boyle, Fassbender and Sorkin finally started work on the film last year (14) and now, with its launch in the U.S. just days away, the film is winning over critics, while the leading man is an early Oscars Best Actor front-runner.