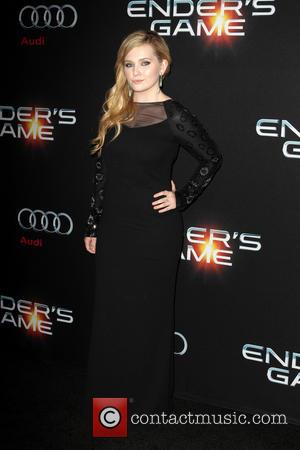 Actress Abigail Breslin once had a spooky encounter with a ghost who assured the grown-up child star her hospitalised father would recover.

The Little Miss Sunshine star was staying at a friend's house the night her mother flew to New York to be by her husband's bedside, when she was awoken by an apparition, which turned out to be her pal's dead relative.

She says, "I look over and I see this woman standing there and then this dog runs in and I know that my friend has a dog, but it didn't look like the dog.

"I was like, 'This is really strange', but it didn't bother me. The next morning I woke up and I told my friend about it and I was trying to explain to her what the woman looked like. I said, 'You know she's tall and she was wearing all black and she had this black kind of turban around her head,' and she... brought back this picture... and that was the woman that I saw.

"It was her mother and she had her mother's ashes right near the bed I was staying in. So we think that she was there to kind of say that my dad was going to be Ok. She was very calming."