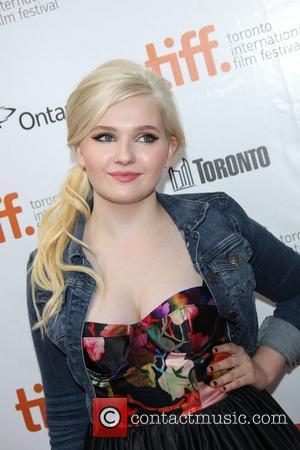 Teen star Abigail Breslin is planning to put her acting career on hold so she can attend university in New York.

The Little Miss Sunshine star, 17, reveals she is keen to enrol in liberal arts college The New School so she can study without leaving her native Manhattan.

She tells ABC News, "I want to stay here (in New York), so my top choice is The New School."

Breslin admits staying close to her family and friends will help her make the transition into a normal school life because they've kept her ego in check ever since she became a child star.

She says, "When I'm at home in New York, I just hang with friends and family and do normal teenage stuff. They keep me pretty grounded. I love just hanging out with (them) and venting our emotions."

Breslin will have another acting pal to confide in when she starts school - fellow screen star Chloe Grace Moretz, 16, admitted this week (ends11Oct13) that she is hoping to attend New York University in two years' time.

They aren't the only former child stars to take a break from their Hollywood careers to further their education in the Big Apple - twins Ashley and Mary-Kate Olsen also attended Nyu during their late teens.