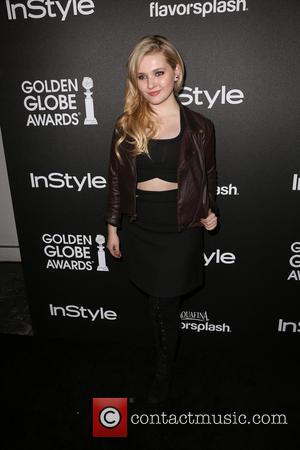 The Little Miss Sunshine actress, 17, reteamed with the director of her upcoming thriller Final Girl for the racy images, in which she is featured staring into the camera as she sucks on a lollipop and clutches a white sheet against her bare chest to preserve her modesty.

Another picture shows Breslin, with heavy black eyeliner, posing in a bubble bath, as she leans forward to submerge her breasts in the water.

Shields tells Us Weekly magazine, "Abigail wanted to do something new, something iconic. People see her as innocent, but everyone grows up. After we made Final Girl together, we had a great relationship and it was easy to do this. She trusts me."

Breslin isn't the first star to pose for one of Shields' controversial shoots - Mischa Barton recently turned heads in a provocative photo spread, in which the former The O.C. star appears to attempt suicide and rolls around a kitchen floor surrounded by what looks like cocaine. His ex-girlfriend Francesca Eastwood and Lindsay Lohan have also appeared in the snapper's controversial shots.