AC/DC singer's to be made into movie

'BON SCOTT: The Legend Of AC/DC' - a film about the band's legendary late lead singer has gone into production in the US. 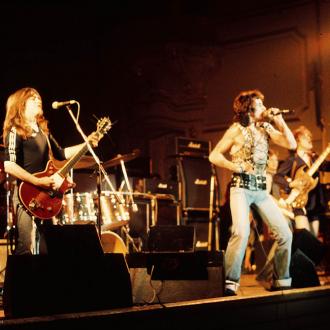 Legendary AC/DC singer BON SCOTT's life is being made into a movie.

A film charting the life of the vocalist - who died in London in 1980 aged 33 after a night of heavy drinking - has gone into production in the US with actor and singer Rob Liotti in the lead role.

'Bon Scott: The Legend Of AC/DC' will focus on the band's rise to fame in the late 70s, when they produced albums such as 'High Voltage' and 'Highway to Hell'.

Director J.R. Getches said: ''The story of Bon Scott is a classical tragedy. He travelled across the world, made his mark and then died too young. He was a misfit who found his place in rock music and became immortal pursuing his dream. This is a story worth telling.''

A statement on the film's website says it ''concentrates on an integral period of the band's history when Bon Scott helps to catapult AC/DC to international stardom, yet never really gets to experience fruits of his labour.

''He even struggles with bouts of lonlieness and isolation whilst often reaching out to ordinary fans for companionship and social interaction.''

Following Bon's death the band thought about quitting, but were encouraged by his family to continue. They subsequently recruited vocalist Brian Johnson and released the album 'Back in Black' in tribute to the late singer, which has gone on to become one of the biggest selling in history.