Losing Nominees At This Year's Academy Awards Will All Receive $45,000 Gift Bags. 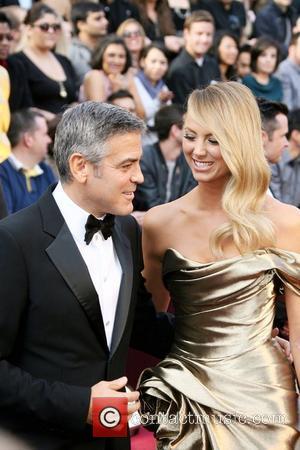 Academy Award invites who don't end up taking an Oscar home on Sunday evening (February 24, 2013) shouldn't despair, for nobody will be going home empty handed! Los Angeles-based marketing firm Distinctive Assets will once again be handing out its annual $45,000 'Everyone Wins At The Oscars Nominee Gift Bag' to all the 'losers,' according to Reuters.

Among the items in the lavish gift bags are HOLIDAYS TO AUSTRALIA, HAWAII and MEXICO, personal training sessions, condoms, a bottle of tequila, exclusive tennis shoes, appointments for injectable fillers, portion controlled dinnerware, an under-the-counter water filtration system, acupuncture and aromatherapy sessions, a one week stay at a fitness and weight loss retreat and a one-year membership to London Heathrow Airport's private VIP service. The company is not endorsed by the Academy though has been creating consolation goodie bags for 11 years, delivered directly to the losing nominees through agents and publicists. The alternate gift bags have gained enhanced publicity in recent years, after the Academy of Motion Picture Arts and Sciences stopped its practice of giving luxury baskets to presenters and performers in 2007 after it came under close scrutiny from U.S. tax authorities. Celebrities who receive gifts and free tips at awards shows are expected to declare them to the Inland Revenue Service as income.

The Academy Awards will be handed out at a ceremony in Hollywood on Sunday. Daniel Day-Lewis, Jennifer Lawrence and Ben Affleck's Argo are expected to win the major prizes - though the losers probably won't feel too bad, either.