Former-Kiss guitarist Ace Frehley has suffered an unwelcomed holiday surprise after his home in the New York suburb of Yorktown Heights erupted in flames on Saturday (14 Dec.) afternoon. The property belonging to the axe-man was ravaged by a blaze that ran through most of the house, with The Journal News first reporting the fire. Fortunately, Frehley was not at home when the fire began, with his whereabouts still unspecified. A neighbour told the paper that a caretaker had been living in the house whilst Frehley was away, however it hasn't been reported whether the caretaker was in the NY house at the time of the blaze. The house had also been used by the Red Cross as an emergency residence whilst Frehley wasn't at home, but it is believed that the house was unoccupied at the time of the fire.

The fire is said to have ravaged through most of the house, burning holes through the roof as well as damaging the insides of the stone property significantly too. The cause of the fire has yet to be revealed to the press and may still under investigation fire marshals. Frehley was one of the founding members of KISS and played lead guitar in the band from their very beginnings in 1973 until their first split in 1982. He rejoined his old bandmates in the 90's for a string of reunion tours until 2002, when he left the band for good. He was replaced by Tommy Thayer on lead guitar, who also assumed Frehley's Starman persona and stage make up. 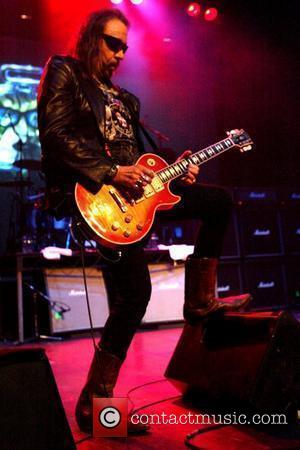