Adam Ant has revealed he once accidentally put down the phone down on Michael Jackson because he didn't believe the 'Thriller' star was actually on the line.

The 'Prince Charming' hitmaker met the late King of Pop in 1983 after appearing on the TV special 'Motown 25: Yesterday, Today, Forever' - which saw Michael perform his signature moonwalk for the first time.

The two pop stars got on well but Adam inadvertently snubbed Michael when he was back in the UK and the 'Thriller' star telephoned him because he didn't think the call was genuine.

Adam recalled: ''I met him when I did the 'Motown 25' show, I got to know Berry Gordy first and he invited me to be on the show and through that I got asked to visit Michael at his house, because he was still living with his mum and dad then.

''I went out there and met him and he was asking about music and the videos and stuff and then I got a call shortly after when I was back in London, really early in the morning, and he said, 'Hi, this is Michael Jackson, how did you get the drum sound on 'Kings of the Wild Frontier'?' I thought it was my drummer so I put the phone down.

''That happened a few times and then Quincy Jones got on the phone and said, 'Hi, this is Quincy Jones, it is Michael calling.' So I spoke to him and told him.''

Adam claims his calls and brief friendship with Michael resulted in the 'Thriller' star stealing his style.

The 58-year-old musician - who is performing at London's Shepherd's Bush Empire on Friday (30.11.12) - claims the pop superstar got the idea to wear military jackets from his own signature gold and black hussar jacket.

He said: ''Then Michael wanted to know where I got my jacket from, he was very interested in finding out where I got my hussar jacket from, so I gave him the name of my contact guy who helped me get my jacket then he basically had them remade in different colours and started making that 'his' jacket, but you know, what you gonna do? It started there!''

Adam's comeback single 'Cool Zombie' is out now and his new album 'Adam Ant Is the Blueblack Hussar in Marrying the Gunner's Daughter' is due out next year.

Adam Ant: 'I Didn't Have Sex For Seven Years' 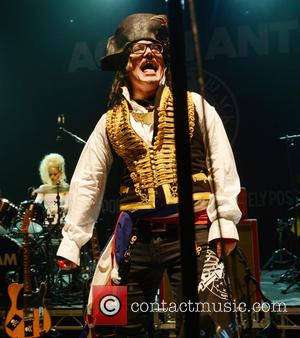 Adam Ant: Music has helped me with mental health issues 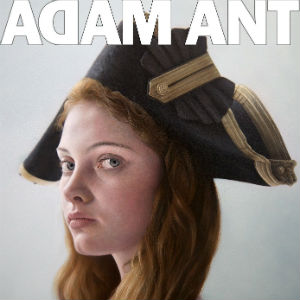 Adam Ant is worried for the future of the album

Adam Ant Calls On Fans To Save Record Stores