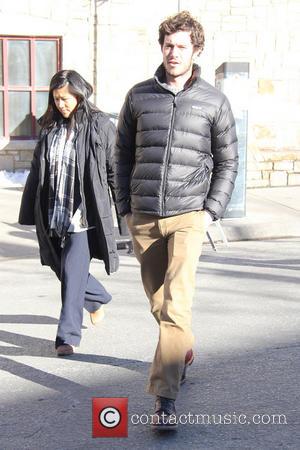 Oh ho! What have we here? A blossoming new celebrity romance? You better believe it. It looks like Adam Brody and Leighton Meester are dating each other, with the union all the more sweeter given that the pair are both veterans of television’s teen drama genre, with Brody making his name in the OC, and Meester a star of Gossip Girl.

Us Weekly reckon they’ve got the scoop, pointing out that the pair were co-stars in The Oranges back in 2011 – alongside Catherine Keener and Hugh Laurie – and ascertaining a quote from a source that claims the pair have been hanging out. And as far as we know, if a boy’s hanging out with a girl that means they’re definitely going out. Definitely. "They were always close and friendly," the insider commented. My, my guys, try keep that steamy romance at bay!

Adam Brody’s pretty good at ending up in relationships that make the media coo. We all enjoyed it when it turned out that he was dating his on-screen girlfriend from the OC, Rachel Bilson. That relationship lasted for three years from 2003 until 2006. As for Meester, she’s not been long out of a relationship with actor Aaron Himelstein, the pair splitting up over the Christmas holidays. Rumors are that Brody and Meester travelled to Bangkok earlier this year, whilst they’ve also been spotted hanging out in Los Angeles. Adam Brody and Leighton Meester: Are they an item?