Adam Driver Has Been Praised For Bringing Such A “Rich Emotional Life” To His Star Wars Character By Harrison Ford, Who Starred In The Original Movies. 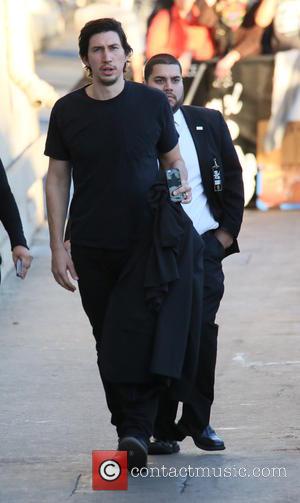 Adam is one of a group of new actors to sign up for the latest instalment of the franchise, Star Wars: Episode VII - The Force Awakens, in which he will play Kylo Ren. Everything about the release is currently steeped in secrecy, but Harrison, who reprises his character Han Solo, has singled Adam’s performance out as particularly impressive.

Also signing on for the flick are Daisy Ridley and John Boyega, along with A Most Violent Year’s Oscar Isaac. Harrison has got behind director J.J. Abrams’ decision to cast less well-known actors, believing their talent will shine through.

“You can hardly call Oscar Isaac an unknown,” he insisted. “But if you’re referring to John and Adam and Daisy, they’re clearly new faces - Daisy more so than John. I think it was a brilliant idea. But I don’t think it comes down to casting unknown actors, I think it was a case of choosing people with enormous potential and talent.”

Also getting the thumbs’ up from Harrison was the director’s decision not to go too heavy on computer generated graphics, which the star believes often detracts from a picture.

“Yeah, I thought that was a wise move,” he said. “I think for actors it’s nice to work in a physical environment. My only problem with CGI is when it gets out of hand, when it’s too kinetic and less focused on the emotional communication between the characters and the audience. Sometimes you lose, for want of a better term, human scale.”