Quote: "We're done. Adam Yauch started the band. It's not like a thing where we could continue without him." Beastie Boys star Adam Horovitz is adamant the rap band will not move forward without bandmate ADAM 'MCA' YAUCH, who lost his battle with cancer in 2012.

Fact: Adam Horovitz will make his first public performance since the death of his Beastie Boys bandmate Adam Yauch at a benefit concert in Brooklyn, New York on Tuesday (12Jun12). The gig is being held to raise money for the imprisoned members of Russian feminist band Pussy Riot, who were charged with hooliganism after performing a "punk prayer service" at a church in Moscow. Yauch, known as Mca, lost his cancer battle in May (12).

Quote: "When we were in Los Angeles, doing (album) Paul's Boutique, he got this crazy apartment in Koreatown. And he made A Year and a Day. What happened to the three of us together and all that c**p... It was some heavy s**t. He rapped his a** off. Adam bought a jet pilot's helmet, rigged it with a microphone and recorded the song wearing that helmet." Beastie Boys star Adam Horovitz shares a fond memory of late bandmate Adam Yauch.

Quote: "We recorded a few months ago. It wasn't any different from before. We spent more time making fart jokes and ordering food, which was true to form. That's why it always took so long for us to put records out." Beastie Boys star Adam Horovitz on his final recording session with late bandmate Adam Yauch. 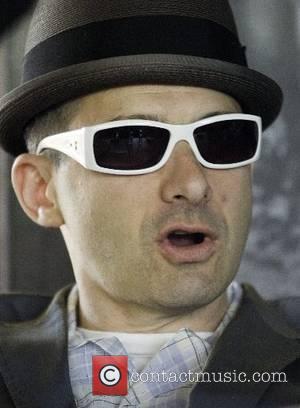