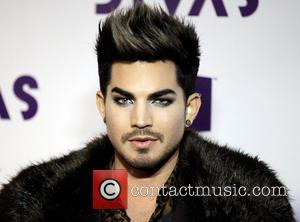 The former American Idol star, who began his career in musical theatre, took to his Twitter.com page to voice his disappointment with the big-screen adaptation of the hit Broadway production.

In a series of posts, he writes, "Les Mis: Visually impressive w (with) great emotional performances. But the score suffered massively with great actors Pretending to be singers... it's an opera. Hollywood's movie musicals treat the singing as the last priority... Anne Hathaway as Fantine and (Aaron Tveit as) Enjolras were the exceptions for me. Helena B (Bonham) Carter and Sacha B (Baron) Cohen were great too."

The entire Hollywood cast, including Hugh Jackman, Russell Crowe and Amanda Seyfried, sang live on set - but Lambert insists the stars' vocals should instead have been pre-recorded and digitally enhanced.

He adds, "With that cast, they should have studio recorded and sweetened the vocals. Eponine's (Samantha Barks') voice was cool too... I felt like I should ignore the vocals and focus on the emotional subtext - but the singing was so distracting at times it pulled me out. The industry will say, 'These actors were so brave to attempt singing this score live' but why not cast actors who could actually sound good? Sorry for being so harsh but it's so true!"

Actress Evan Rachel Wood then tweeted Lambert to point out that her singing in 2007 musical Across the Universe wasn't dubbed, and he replied, "That sounded good! Ok yes, that's another movie musical exception. That movie was on point (sic). And you were stunning in it."