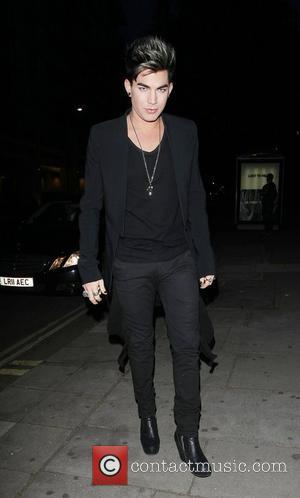 Rumors have been flying around recently that Adam Lambert is to take his place on the judging panel on 'American Idol' season 12.
Whispers that the former 'Idol' star is to replace one of the show's current judges has not been confirmed, but the 30-year-old certainly wouldn't dismiss the opportunity should it come round to him but, as of yet, no discussion about the role has taken place. ''Idol' has an amazing history of introducing great musical talent, and I was very fortunate to have had the 'Idol' stage play a big part in my career,' said Lambert in a statement to The Hollywood Reporter. 'If 'Idol' wants to talk to me about judging, I'd be more than flattered to have that conversation.'
With pop icon Jennifer Lopez, Randy Jackson and Aerosmith's Steven Tyler unsigned for the12th series, there have been suggestions that the entire panel will be replaced by new faces. Apart from Adam, names that have been floating around, according to E! include Miley Cyrus, Nicki Minaj, Fergie, Will.I.AM and Katy Perry not to mention Lady GaGa and rock legend Sir Elton John. Katy, at least, has confirmed her involvement is extremely unlikely. "People have reached out to me about the possibility of being involved, and it's not right for me yet", she told Thr. "It's a real commitment to be on one of those shows".