Adam Levine is rumoured to be dating supermodel Nina Agdal, and moved on from his split from Victoria's Secret model Behati Prinsloo. 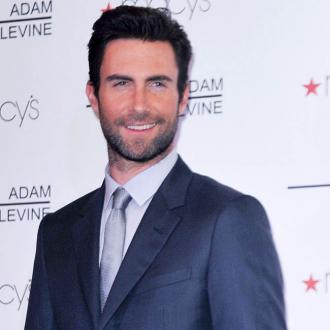 The Maroon 5 frontman is yet to publically comment on his split from Victoria's Secret angel, Behati Prinsloo - who he first started dating in May 2012 - but appears to have moved on from the break with a new supermodel girlfriend.

The pair have reportedly been in a relationship since the beginning of Spring and were spotted getting cosy on the set of 'The Voice' last week (23.05.13) before the 21-year-old model attended the live recording of the singing contest, on which Adam is a mentor, in Los Angeles, five days later.

A source said: ''Nina is happy she can be open and not hide anymore.''

Adding details about the live show, the source said: ''Her [Nina's] hair was up in a bun and she wore a low-cut sleeveless top and dark jeans. She was watching the show on a monitor with others backstage.''

Rumours began to emerge Bahati had split from Adam, 34, when she remained tight-lipped about her relationship status at a Victoria's Secret event in Santa Monica, California earlier this month but according to reports, the split wasn't unexpected.

A source told Us Weekly magazine: ''Behati was in and out, and they finally ended it. It wasn't an abrupt ending.''

Adam was previously in a relationship with Victoria's Secret model Anne V, but their romance came to an end in 2012 after two years. He was also reported to be romantically linked to former 'Gossip Girl' star Amanda Setton in March this year, although that was quick to fizzle out.