Adam Levine backtracks on the 'I hate this country' remark, sort of. 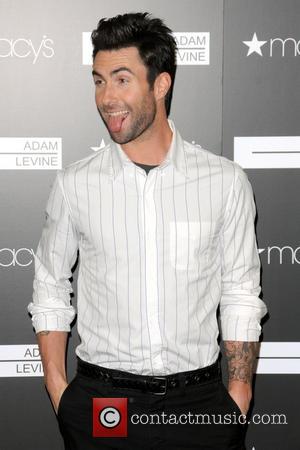 Adam Levine made a half-apology to Americans yesterday for muttering "I hate this country" during the closing credits of The Voice. We say half-apology because the Maroon 5 took to Twitter to post dictionary definitions of the words "humourless," "lighthearted," "joke" and "misunderstand." Hmm.

In fairness to Levine, his remarks really were pretty throw-away and he was obviously upset that two of his three acts had been eliminated from the NBC singing contest - one of them, Judith Hill, had been the favorite for weeks. The pop singer also released a statement through NBC which classifies that he really doesn't hate America. "I obviously love my country very much and my comments last night were made purely out of frustration," Levine said. "Being a part of The Voice, I am passionately invested in my team and want to see my artists succeed."

Levine added that the elimination of two of his acts was "confusing and downright emotion," and that his remarks were based on "personal dissatisfaction with the results," adding, "I am very connected to my artists and know they have long careers ahead, regardless of their outcome on the show."

The singer has only left act left in the competition, Amber Carrington, and she's probably not going to win. Blake Shelton - the winning mentor of the last two seasons - has three acts left, while Usher and Shakira also have one act each. The Great Smelling Adam Levine Launching His Fragrance at Macys