Adam Levine shared a stunning black and white portrait of his pregnant wife Behati Prinsloo on Instagram on Monday (13Jun16). 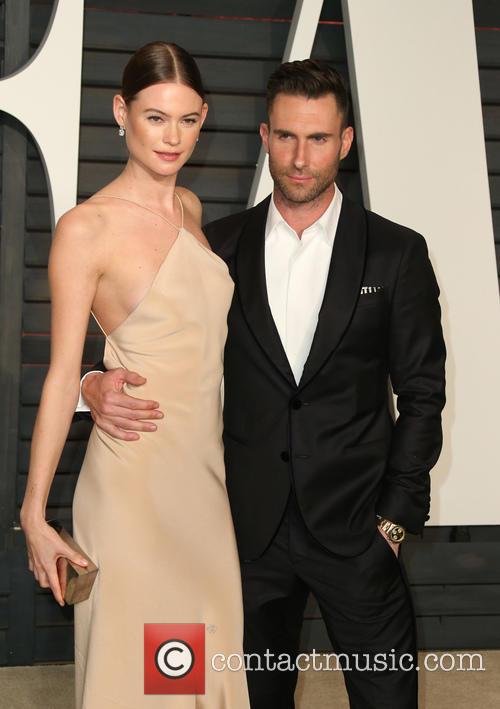 The Voice coach is expecting his first child, a daughter, with the Victoria's Secret Angel, in September (16). And in typical celebrity fashion, the mother-to-be has posed for a topless photoshoot showing off her baby bump.

Excited Adam, 37, posted the photo on his Instagram with the caption: “YOWZA,”, adding a few flame emojis to show his approval.

The Maroon 5 frontman has shown lots of enthusiasm for his wife's changing figure, and even posed with the the mother-to-be for a mirror selfie showing off a protruding tummy to match her growing bump at 20 weeks.

It was an upbeat post from the Maroon 5 frontman who has recently been in mourning for the death of The Voice finalist Christina Grimmie after she was tragically murdered in Orlando, Florida, when 27-year-old gunman Kevin James Loibl opened fire during a fan meet and greet.

Adam mentored the 22-year-old on season six of the hit singing show in 2014, helping her reach the final and finish in third place.

He paid tribute to the talented singer and has also reached out to her family to offer financial support.