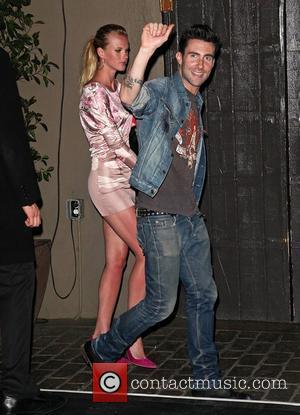 Maroon 5 star Adam Levine is sick of his Hollywood peers moaning about the attention they receive from the paparazzi and is urging them to think about their fans who have "real problems".
The rocker has seen his fame leap since he signed up as a judge on hit U.S. talent show The Voice last year (10), but he's adamant the increase in attention does not bother him.
And Levine has lashed out at celebrities who constantly begrudge being tailed by snappers - insisting they knew what to expect before signing up for a life in the limelight.
He tells CNN's Piers Morgan, "It is a two-way street, and it is a two-way street in the (way) that you look at it. People want to be famous for some reason, for me, I wanted to be a successful singer, it had less to do with fame. If you're going to be on television, if you're going to be a singer, if you're going to be an actor, there's gonna be a lot of this that comes with it.
"A lot of people that start hating it, and when it starts consuming them and owning them, (most of the time) they brought it on themselves, sometimes that's not the case, but to complain about it so passionately is irresponsible because there's a lot of people with real problems. It's nothing more than a pain in the a**. They don't bother me, they don't stalk me, they don't stay outside of my house or anything."