Adam Levine is in final negotiations to make his TV acting debut in 'American Horror Story'. 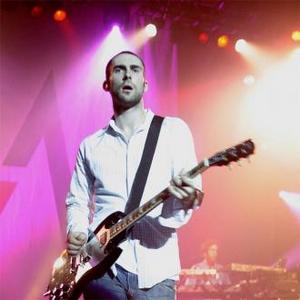 The Maroon 5 frontman and 'The Voice' coach is in final negotiations to appear in season two of the TV thriller - about a family who move into a haunted house - where he will play a contemporary character, who is one half of a couple called The Lovers, according to Entertainment Weekly.

Bosses at FX channel which makes the show are so keen to sign Adam up that they are willing to shoot around the Maroon 5 singer's summer touring schedule.

Despite the huge success of season one of the 'American Horror Story', creator Ryan Murphy has decided to change the location of the show to the East Coast from Los Angeles and move the setting to a ''horror institution'' from a family home.

Original cast members Jessica Lange, Zachary Quinto, Sarah Paulson, Evan Peters, and Lily Rabe will be returning as entirely different characters although no other details of the programme's sophomore season have been revealed.

Busy Adam is currently working on 'The Voice', has released his own fragrance and is recording a new song with Maroon 5.

He tweeted yesterday (20.03.12):'' We are working on a new song. Singing it in the studio gives me goosebumps. Never been more excited.''