Former The Voice U.s. Contestant Joshua Murley Is Facing A Charge Of Misdemeanour Theft Following An Arrest In Texas. 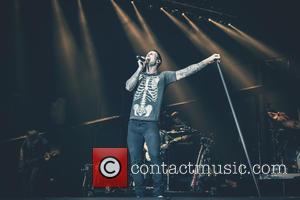 The aspiring singer, who was mentored by both Adam Levine and Shakira during his stint on the reality show's sixth season last year (14), stands accused of failing to pay for $57 (£36)-worth of groceries while recently using a self-checkout lane at a Wal-Mart superstore.

Police were called and he was taken into custody, where he was booked for theft and held overnight, reports TMZ.com.

News of Murley's arrest emerges hours after coroners in Philadelphia, Pennsylvania ruled the death of another former contestant, Anthony Riley, as a suicide. The season eight favourite, who was mentored by Pharrell Williams, was found dead at his Philadelphia apartment on Friday (05Jun15). The 28 year old had quit the show earlier this year (15) due to personal issues and later sought help for substance abuse in rehab.