The Voice: Why On Earth Didn't You Vote For Judith Hill or Sarah Simmons?

Adam Levine is left with just one act after losing two frontrunners. 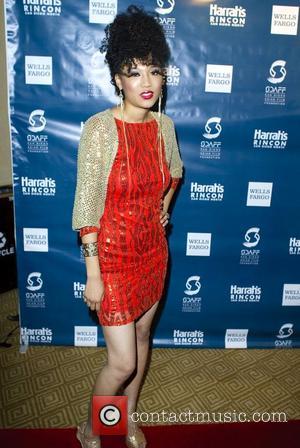 It was another shock result on NBC's The Voice this week, with two of the clear frontrunners getting eliminated despite strong performances. Unfortunately for Adam Levine, it was both his acts Judith Hill and Sarah Simmons who got the boot, despite being tipped to reach the final, reports E! Online.

Hill, a former backing singer for Michael Jackson, was considered the one to beat since her opening audition, while Simmons had wowed the American public with her soulful tone and consistent performances. The shocking results leaves Team Adam with just one act, Amber Carrington, while Team Blake retains Danielle Bradbery, Holly Tucker and The Swon Bothers. Shakira has just one act left, Sasha Allen, while Usher has one too, Michelle Chamuel. It's looking increasingly like that Blake Shelton will field at least one singer for the grand finale, probably Holly. The Voice audience have really taken to the country singers on the latest season.

Adam Levine may have hurt his one remaining act's chances after a microphone caught him grumbling, "I hate this country!" upon learning that American hadn't voted for Judith or Sarah. The Maroon 5 man was probably joking, though there's some pretty touchy television viewers out there.

The Voice season four finale will air on Tuesday June, 18. Who do you think will win this year's competition? Can anyone stop Team Blake? Adam Levine Lost Two of His Acts On The Voice