The 46 year-old director chose not to go ahead with the Marvel movie due to scheduling conflicts, so who will the film studio try to hire next? 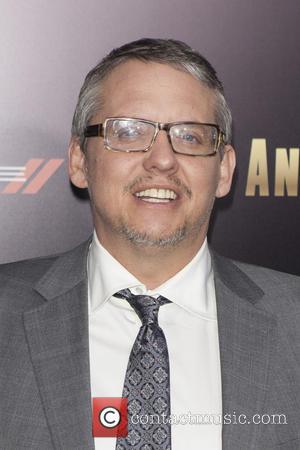 Since the departure of Edgar Wright from Marvel's 'Ant-Man', the studio hasn't had much luck in filling the void.

Things are looking even worse as Adam McKay ('Step Brothers'), who was thought to be the replacement, changed his mind at the last minute and chose not to take on the production.

The 46 year-old filmmaker took to Twitter this past weekend to confirm the reason for turning down the offer.

"And yes, met w/Marvel. Kirby & Lee r my Lennon Mccartney so it was awesome," he tweeted. "But have other projects I'm committed to. Not sure it can work."

McKay has already worked several times with the upcoming movie's star, Paul Rudd, who landed the part of the miniature superhero, scientist Henry "Hank" Pym, who creates a chemical substance to dramatically changes his size and communicate with insects in order to fight crime.

This means Marvel will have to go back to the drawing board and figure out who their next target will be, and according to The Wrap, Rawson Marshall Thurber ('We're the Millers') and Ruben Fleischer ('Zombieland') are believed to be the frontrunners.

Late last month, Edgar Wright shocked the studio with his decision to walk away from the movie as he has been attached to it since 2006. His departure actually came as pre-production was just coming to an end.

"Marvel and Edgar Wright jointly announced today that the studio and director have parted ways on Ant-Man due to differences in their visions of the film," read the statement released by Marvel. "The decision to move on is amicable and does not impact the release date on July 17, 2015. A new director will be announced shortly."

'Ant-Man' is scheduled for a release date of July 31st 2015, which will compete with other huge summer blockbusters such as Marvel's 'The Avengers: Age of Ultron,' the 'Man of Steel' sequel which will feature Henry Cavill's 'Superman' as well as Ben Affleck's 'Batman,' 'Jurassic Park IV' and a reboot of the 'Terminator' franchise. Edgar Wright walked away from the film late last month