Despicable Me 2 continued its dominance over the box-office this past weekend. 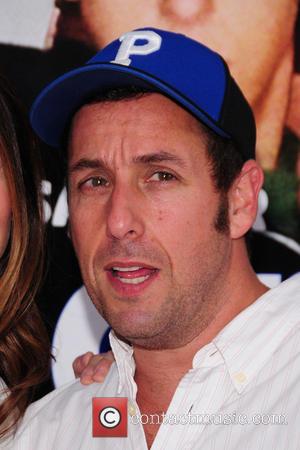 Yeah, we had a feeling this might happen. The $190 million budget of Pacific Rim is seemingly looking further away than ever after Guillermo Del Toro's blockbuster took just $38.3 million on its box-office debut over the weekend. The Idris-Elba starring movie - which courted mainly negative reviews - is now on course to become a loss making movie for Thomas Tull's Legendary Pictures.

As expected, it was the superb Despicable Me 2 that maintained the No.1 spot on its second weekend, grossing $44.8 million for a domestic total of $229.2 million and establishing itself as one of the success stories of the year. The animated flick featuring the voices of Russell Brand and Steve Carell also topped the global box office for the weekend with $100.5 million in ticket sales, Pacific Rim followed with $91.3 million.

Sony executives will have been jumping for joy on Sunday, with news that Adam Sandler's comedy sequel Grown Ups 2 opened to a stellar $42.5 million domestically. In fact, Sony were so happy they released a cheery statement for us all to read, via the Hollywood Reporter:

"We're feeling great. It was a fairly competitive weekend and to gross more than the first film is great. The sequel played everywhere and to the whole family," said Sony worldwide president of distribution Rory Bruer. High fives Rory!

The sequel, costing a fairly modest $80 million, reteams Sandler - whose Hollywood stock has taken a knock with some poor efforts - with Kevin James, Chris Rock and Maya Rudolph. That is, by all accounts, an impressive comedy line-up, though the critics savaged the movie.

"A movie of fools, by fools, for fools," said Laremy Legel of Film.com. "The movie lurches from one gross-out scene to another, flipping the bird at continuity and logic. It honestly seems as if Sandler and his team descended on a random suburb, halfheartedly improvising and moving on when they got bored," said Sara Stewart of the New York Post. However, it was perhaps Richard Roeper who subtly got to the heart of the issue, writing, "When Taylor Lautner is the funniest thing in a movie starring Adam Sandler and Chris Rock, we're in trouble."

Elsewhere at the box-office, Sandra Bullock and Melissa McCarthy's The Heat placed No.4 to shoot pass the $100 million mark, while Disney's nightmare The Lone Ranger took just $11.1 million in its second week for a domestic total of $77.1 million - hundreds of millions away from its overall budget. Last week, we speculated on the potential losses for the studio, and Wall Street analysts are now predicting somewhere in the region of $150-$200 million.

Steve Carell With A Minion At The Despicable Me 2 Premiere

Another performance of note lies with Ryan Coogler's Fruitvale Station, about the shooting of a young African-American man by BART police in Oakland. The movie - taking $377,285 from just seven theaters - took on extra significance given the acquittal of George Zimmerman for the shooting of Trayvon Martin