The red carpet outside the Barker Hangar in Santa Monica, California, welcomed some of Hollywood's biggest stars to the awards show

The Barker Hanger in Santa Monica, California, set the stage for the latest instalment of the awards season program, playing host to some of the biggest names in showbiz and paying tribute to some of the year's biggest films for the 19th annual Critic's Choice Awards. The latest instalment of the awards show schedule to pass us by offered another indicator of what films will continue to find success over the course of the next few months, with Gravity, American Hustle and 12 Years A Slave dominating proceedings.

Adele is a 15-year-old French girl with very definite ideas about a future career in teaching. However, she is thrust into a whirlwind of confusion when she meets a quirky girl with blue hair named Emma, but doesn't quite feel about her the way she's used to. Emma shows her a world of romance and desire that is all so new and nerve-racking for Adele, who has never had a love affair in her life, as well as one of jealousy and heartbreak. When their blossoming love starts to wane, Adele attempts to find comfort in the arms of men - but finds only further emptiness. Young love is a confusing set of emotions, but just how baffling does it become when it changes your whole persona?

Plenty of options this weekend, but what are you going to plump for?

Friday is here, and with it comes a set of movies that truly cover all bases. You’ve got a romantic, French art-house option, a star-studded action-fest, a gritty Brit-flick, a historical, all-American true-story and a bona-fide Hollywood blockbuster. But what are you going to see? Who will manage to pull audiences away from the huge success that is The Hunger Games?

Blue Is The Warmest Colour Review

The surprise winner of the top prize at Cannes, this three-hour French drama is unlike any movie we've ever seen, getting so deeply under the skin of its central character that we find universal truths in the story even if we can't identify with it. It's an extraordinary film that holds us in rapt attention, shaking us up until we are forced to look into our own souls. It takes place in Lille, northern France, where 15-year-old deep-thinker Adele (Exarchopolous) is obsessed with literature and philosophy, trying to figure out who she is. She gives in to pressure from friends to date the cutest guy in school (Lahuerte), but knows it's not right. Mainly because she can't get the blue-haired Emma (Seydoux) out of her mind. Emma is a bit older, and as they get to know each other their romance blossoms from sex to love. But over the following years, they neglect each other, becoming distracted by other things until they reach a breaking point.

The script's main focus is on three main elements in life: food, art and sex. And all three swirl throughout the film. Despite the premise, this isn't a coming-out story, even though Adele is terrified to reveal her sexuality to her parents (Salee and Recoing) and her friends. Instead this is a detailed exploration of a young woman's first encounter with the complexities of love. So the extended sex scenes are never gratuitous, because they reveal the changing bond between Adele and Emma.

I Used To Be Darker Trailer

Kim and Bill are two musicians who have sadly reached the end of their marriage, attempting to separate as amicably and painlessly as possible in order to help their daughter Abby, who has come home for the summer following her freshman college year, to deal with it. However, when their Northern Irish niece Taryn runs away from her home in Ocean City, Maryland, desperately missing her family in Baltimore, there are more tears falling as she also struggles to cope with her disintegrating family. Abby does her best to keep Taryn and herself occupied by taking her to rock concerts and introducing her to boys, but in the end everyone has to learn to face their troubles head on; know when to let go of the precious things in life and know when to keep going.

Continue: I Used To Be Darker Trailer 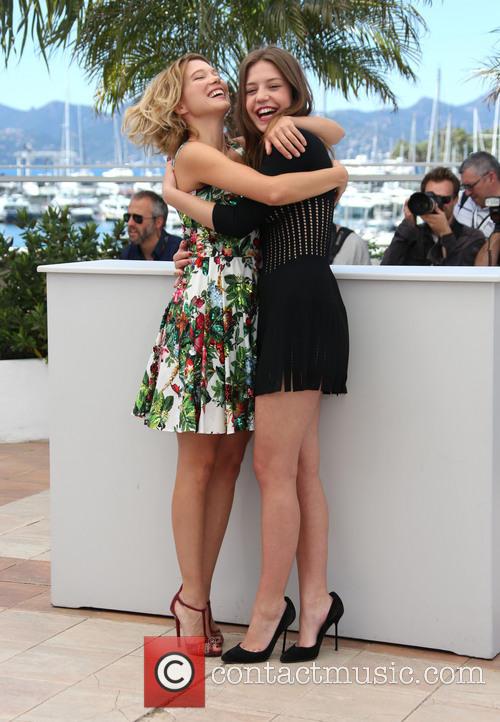 Adele is a 15-year-old French girl with very definite ideas about a future career in...

The surprise winner of the top prize at Cannes, this three-hour French drama is unlike... I Used To Be Darker Trailer

Kim and Bill are two musicians who have sadly reached the end of their marriage,...