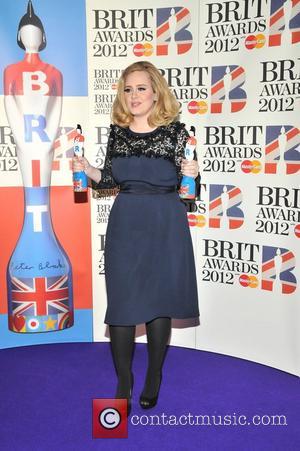 Adele has trademarked her name in a bid to prevent fraudsters using her moniker to sell fake merchandise for profit.

The 'Someone Like You' hitmaker discovered that many of her devoted fanbase have been the victims of being sold counterfeit items such as perfume and jewellery with the brand name of 'Adele' stamped on them suggesting that the Grammy winner had involvement in the production. 'She doesn't want anyone exploiting her name by using it on products which may trick punters into thinking she's involved with it', a source told The Sun. Her name has also protected her from identity theft, so anyone who tries to make money by using her name will have a no contest court case follow up.

After all, after the seminal career Adele has had so far, it's no wonder that people are trying to pinch her name to make a bit of cash as now she is an internationally loved artist. She has won 94 awards and she only released her second album last year (2011). Among them are four BRIT Awards, eight Grammy awards and she may even be set to win a Golden Globe for supplying the theme song to the latest James Bond movie 'Skyfall'.