Adele gets baby gift from Rihanna

Adele has been bombarded with gifts for her baby by her celebrity friends, including Rihanna and Jessie J. 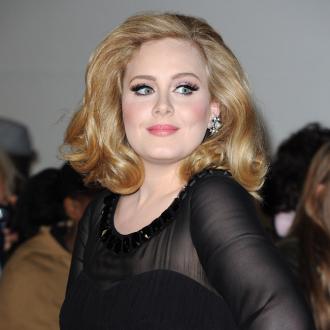 Adele has been sent a baby gift from Rihanna.

The 'Skyfall' singer gave birth to a son earlier this month and since his arrival her generous famous friends have bombarded her and her partner Simon Konecki with presents.

Rihanna mailed two babygros to the new mum, which were emblazoned with the comedy slogans, ''My mum is a rock star'', and, ''Just done nine months inside''.

But the R&B superstar didn't just treat Adele's little boy, she also sent the musician a set of sexy lingerie with a note which read ''You gotta stay sexy, yummy mummy. Enjoy yourself. Congrats!!!''

A source told The Sun newspaper: ''Rihanna loves Adele and she was one of the first people to congratulate her when she found out that she was pregnant. She thought seriously hard about what to get her as she wanted to make sure no one else would get the same thing.

''Adele laughed out loud when she saw the words on the babygros - she loves that sort of thing. She can't wait to show all of her friends.''

Other celebrities to send gifts include Jessie J and actor Sid Owen, who also sent a huge bouquet of flowers to Adele.

It was recently reporter that Adele and Simon want close pal Sid - who shot to fame on British soap 'EastEnders' - to be their son's godfather and are keen for him to be closely involved in the tot's life.