Adele is raising her four-year-old son Angelo to ''respect women'' and wants him to see how much of a ''powerful force'' she is. 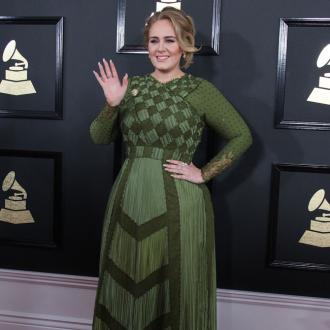 Adele is raising her son to ''respect women''.

The 'Hello' hitmaker - who has four-year-old son Angelo with her partner Simon Konecki - takes her son with her ''everywhere'' and hopes him being with her will teach him about the power of women.

She said: ''I'm raising him to respect women. He knows I'm a powerful force. He feels it at home, let alone when he comes to work with me. And he comes everywhere with me anyway!''

The 28-year-old singer hit headlines earlier this month when she broke her Grammy Award for Album of the Year in two to give half to fellow nominee Beyonce and now she has revealed she did so as she felt the 'Lemonade' singer was ''more worthy'' of it.

She told the new issue of OK! magazine: ''I am of course very grateful to have won it. But I felt the need to say that because I love her and I felt like she was more worthy.''

During the annual music event, Adele also appeared to confirm she had secretly wed her longterm partner Simon.

In her acceptance speech, she said: ''Grammys, I appreciate it, the Academy, I love you, my manager, my husband and my son - you're the only reason I do it.''

Meanwhile, Adele performed a tribute to George Michael at the Grammys and revealed the family of the late singer only wanted her to perform the musical tribute for him.

Of her performance, which was a jazz version of George's track 'Fast Love', she shared: ''I was devastated [when he died], I had to go for a walk on my own and on Boxing Day I said to Simon, my partner, I have to do that tribute.

''They didn't want a tribute at first - his family and camp - and they came back and were very specific that it be me. I said, 'Great, I have got something in the pipeline. If you want me to do it, I will do it.'''