Adele is set to return to music with a raw and ''edgy'' record following her second studio album '21', which was released in 2011. 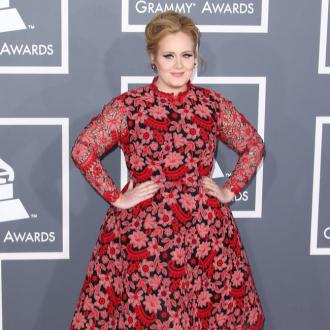 Adele is set to return with a new ''edgy'' album.

The singer/songwriter is said to have joined forces with Florence + the Machine songwriter Kid Harpoon and Arctic Monkeys producer James Ford to create a fresh sound, which will go beyond her previous records '19' and '21'.

A source revealed to The Sun newspaper: ''Adele wants to move with the times and is trying to make her new record sound as edgy as possible.

''The team she's assembled is first rate and she's confident they can help match the success of her first two albums. It's no easy task as the world will be desperate to hear it.''

Adele's debut album was released in 2009, with '21' following three years later, and the 24-year-old star previously predicted it would be a few years before she released her third studio album.

She said: She said: ''I imagine I'll be 25 or 26 by the time my next record comes out, as I haven't even thought about my third record yet.

''I'm just gonna lay some concrete, set up home and just 'be' for a bit. I'll disappear and come back with a record when it's good enough.''

Since releasing her last album, Adele has given birth to her first son Angelo with her fiancé Simon Konecki last September and picked up several accolades for her James Bond track 'Skyfall' at film award ceremonies earlier this year.