Adele Spends Another Week At The Top Of U.k. Charts 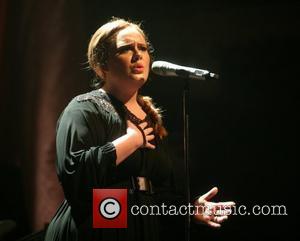 Soul sensation Adele has scored a 16th week at the top of the U.K. album charts after fending off a challenge from Kate Bush.
Her sophomore effort, 21, remained atop the chart, while veteran Bush came in second place with Director's Cut, a reworking of previously released tracks. Adele was also in third place with her debut, 19.
Meanwhile, hip-hop star Pitbull dominated the singles chart with hit track Give me Everything.
Pop sensation Lady Gaga landed four singles in the top 20 - the most for a female solo artist since Ruby Murray in 1955.
Gaga's new track Edge of Glory was at six, while Judas climbed to eighth place and Hair entered the chart at 13. The title track to Lady Gaga's latest album, Born This Way, came in 16th.