Adele Splashes Out On Nursery

Adele has spent $54,000 on sound and lights for her baby's nurseries and $7,500 on clothes and accessories. 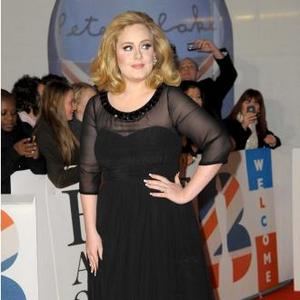 Adele has spent $54,000 on sound and lights for her baby's nurseries.

A source said: ''Adele might have a reputation for being a bit of a spendthrift but when it comes to her baby she's sparing no expense.

''She is building state-of-the-art nurseries in all her homes. She's having bespoke wallpaper made and it's costing a Fortune with climate control and cameras so she can see everything on her laptop.

As well as the nurseries, the 'Someone Like you' hitmaker - who is believed to be due to give birth in September - has also been splurging on clothes and accessories for the baby.

''Not to mention the small fortune she's spent in Tiffany's on picture frames and trinkets. She even bought an antique bear for $7,500.''