Adele Stays On Top In U.s. With Another Stunning Sales Week

Adele Has Scored A Second Week At The Top Of The U.s. Pop Charts With Another Astonishing Sales Week. 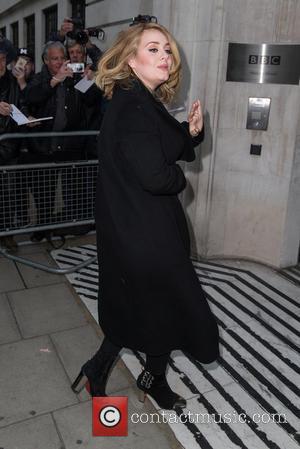 The Brit's comeback single, Hello, picked up another 635,000 haul from digital sales in the past seven days, giving her the first and third best sales weeks with the same song. Flo Rida's Right Round, which picked up digital sales of 636,000 in 2009, prevents Adele from landing a one-two by just a thousand units.

It's another great week for the girls in the Billboard Hot 100 - Ariana Grande rockets into the top 10 at seven with Focus, and Meghan Trainor scores her third top 10 hit from her album Title, with Like I'm Gonna Lose You, which features John Legend.

Meanwhile, Drake's Hotline Bling bounces back to number two from last week's three, The Weeknd's former six-week Hot 100 number one, The Hills, also jumps back up a spot to three, and Justin Bieber rounds out the top five with Sorry at four and What Do You Mean? at five.