Adele feels like she has ''hit the jackpot'' after falling pregnant and can't believe how well things are going in both her personal and professional lives. 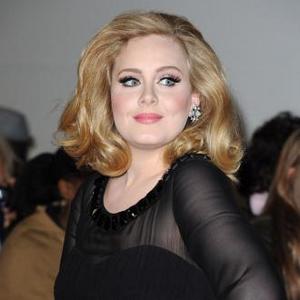 Adele feels like she has ''hit the jackpot'' after falling pregnant.

The 24-year-old singer recently announced she and boyfriend Simon Konecki are expecting their first baby and the news has capped off a great year for the star, who has won a string of awards for her most recent album '21'.

A source said: ''It's true love for Adele and Simon. They are committed to each other and ready to be a family.

''Adele feels that falling pregnant is like hitting the jackpot. She said, 'I've been on a high for a year with my work and personal life, but the best is yet to come.' ''

And the 'Someone Like You' hitmaker is embracing her fuller figure and indulging in her favorite foods.

It was recently revealed that Adele has spent $55, 000 on sound and lights for her baby's nurseries.

A source said: ''Adele might have a reputation for being a bit of a spendthrift but when it comes to her baby she's sparing no expense.

''She is building state-of-the-art nurseries in all her homes. She's having bespoke wallpaper made and it's costing a Fortune with climate control and cameras so she can see everything on her laptop.