Adele has finished writing her James Bond theme song, and will head to the studio soon to record it. 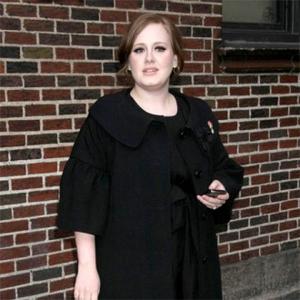 The 'Someone Like You' singer is preparing to go into the studio to record the track, which she wrote during a recent week off touring, and will then submit it for the next spy adventure which is currently being filmed.

A source told The Sun newspaper: "Adele is the obvious choice to record the next Bond theme. The last few songs for the spy movies have hardly set the charts alight. After her success this year filmmakers know the song is almost guaranteed to be a huge hit."

Adele is going into the studio with producer Paul Epworth, who has previously worked with Plan B, Florence and the Machine and Cee Lo Green.

Several music legends have previously recorded Bond themes including Sir Paul McCartney, Dame Shirley Bassey, Duran Duran, Madonna, Tom Jones and more recently Chris Cornell and a duet by Jack White and Alicia Keys. In many cases the tracks are based around the film's title, but the latest Bond project is still only publicly known as 'Bond 23'.

The film will see Daniel Craig reprise his role as 007, while Sam Mendes is directing. Rhys Ifans, Ralph Fiennes and Javier Bardem have all been linked to the movie.

And Daniel - returning for his third outing as the British spy, after 'Casino Royale' and 'Quantum of Solace' - is excited about how it is currently shaping up.

He recently said: "We've got a great script this time. I'm as excited about this script as I was about the 'Casino Royale' script. I think in Sam we've got the perfect director. The cast is coming together now. I can't wait to get going with it."

The film is expected to be released in October 2012.