Less than two years after she graduated from the BRIT School for Performing Arts & Technology, Adele cemented her arrival on the music scene with her debut album - 19. Up until the point where 19 had it's official release Adele had shared the first song that she ever wrote in the form of her debut single, Hometown Glory, and then, more significantly, dropped Chasing Pavements two weeks prior to the album launch. The original release of Hometown Glory in 2007 failed to give Adele her first taste of chart success but come 2008 and she would be all over it with Chasing Pavements giving her a UK number two. Both tracks were subsequently Grammy nominated for Best Female Pop Vocal Performance at the 51st and 52nd awards ceremonies with Chasing Pavements winning in 2009. 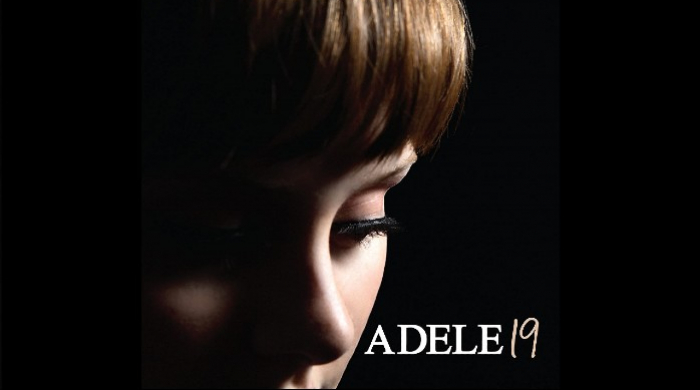 Adele Laurie Blue Adkins was, as you may have guessed, only 19 when she released her first album, setting a trend that she is still maintaining to this day in marking her album titles with her age at the time of writing and recording. 19 immediately put Adele on the map and set her on the way to becoming one of the biggest global stars of her generation. For a debut album, 19 has some of the most incredible statistics ever recorded. 19 has sold over 3 million copies in the U.S, another 2.4 million in the UK and has total worldwide sales in excess of 6.5 million. 19 became a top five album in the U.S, Brazil, Ireland, Spain, New Zealand, Canada and Australia and gave Adele a number one album in the UK and The Netherlands.

The four singles that were released from 19 provided Adele with even more success, and crucially maintained her profile in the three years between the release of her debut album - 19 and it's follow up - 21, in January 2011. Hometown Glory, Chasing Pavements, Cold Shoulder and finally, Make You Feel My Love, gave Adele four top 20 records with her first four singles. Adele spent a combined 137 weeks on the UK singles chart with her first four releases, the last of which, Make You Feel My Love, spent an incredible 73 weeks on the chart.

19, which peaked at number one on the UK album charts is more impressive still, racking up a mind blowing 223 weeks on the chart, more than 30% of the lifetime of the album. In the U.S, 19 was something of a slow burner to begin with. Originally 19 entered the Billboard 200 at number 67, but over the course of four years, as Adele's profile and popularity rose to new heights, 19 would eventually reach it's peak in 2012 when it topped out at number four and was subsequently certified triple platinum.

Not only did 19 realise great commercial success for the young Londoner, and XL Records, it also received a lot of critical acclaim. The Guardian may have been in the minority when they gave 19 a measly two stars but others, including The Observer with a five star rating, were generally a lot more positive, praising the Adele's "wonderful soulful phrasing".

19 was nominated for The Mercury Music Prize, eventually losing out to Elbow's - The Seldom Seen Kid, and gave Adele her first two Grammy Awards for Best New Artist and Best Female Pop Vocal Performance. Adele picked up the BBC's Sound Of 2008 accolade and won the Critics Choice award at the BRITS, as well as winning Best Album at the European Border Breakers Awards. Not a bad start for an artist who was considering a career in A&R.

19 did have it's detractors, not only from The Guardian, but also from the NME and elsewhere. Comparisons between Adele and Amy Winehouse usually ended up with Adele being seen as the poor relation. In reality Adele and Amy are two distinctly different artists who both happen to be blessed with an exceptional vocal ability. Adele wrote most of the material on her debut album, including Hometown Glory which she penned when she was only 16 years old, and the overall sound is born out of her deep, soulful vocal. Credit however must, in part, also go to Adele's collaborators on 19 who also helped shape the overall feel of her debut 12 track record. There were notable contributions from Mark Ronson, Eg White, Sacha Skarbek, Jeff Silverman and Nick Abbiss.

In the end though it is Adele, Adele's undoubted talent as an expressive singer-songwriter and performer and Adele's ability to share her emotions in a way that her audience can relate to that make 19 such an incredible breakthrough debut album.