Arctic Monkeys and Madness up for AIM awards 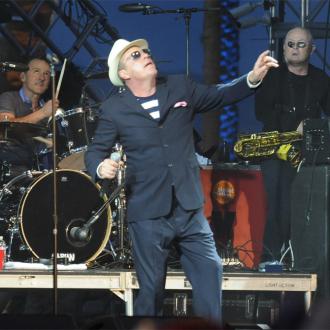 Adele, Arctic Monkeys and Madness are all nominated for Association of Independent Music (AIM) Awards.

The annual awards show honours UK acts signed to independent labels, with this year's nominations led by heavy metal group Enter Shikari, who have nods for Best Live Act, Hardest Working Band and Independent Album of the Year, for their third album, 'A Flash Flood of Colour'.

Alabama Shakes, Frank Turner and Madness are just behind, with two nods each.

The awards will be hosted by radio DJs and longstanding champions of independent music, Huw Stevens and Steve Lamacq.

Steve said: ''It raises the profile of the indie sector - but it's also very valuable in bringing indie label heads together for a night to swap advice and discuss the future.

''And on top of that it's terrific to mark some of the achievements of the musicians and labels who've excelled in their field.''

The AIM winners will be announced when the awards take place on October 29 in London.

Independent Breakthrough of the Year

Independent Album of the Year

Future of the Left - 'The Plot Against Common Sense'

Wiley - Evolve or Be Extinct

Independent Entrepreneur of The Year

Special Catalogue Release of the Year

Madness - 'A Guided Tour of Madness'

The 13th Floor Elevators - 'Music Of The Spheres'

Independent Label of the Year

In The Woods Festival